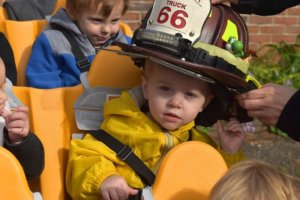 This month, we welcomed local firefighters as they came on their annual visit to our Westminster and Canal Street sites to visit the children! The children got the opportunity to see real firefighting equipment up close and even try some on! They were able to witness firefighters putting on their outfits and equipment and learned […]

Written by Francisco on 17th October 2019 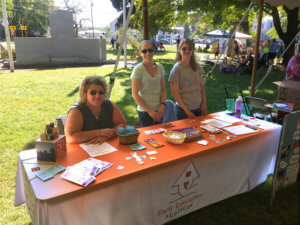 EES at the Kid’s Fair!

EES was at the River Valley Credit Union Kid’s Fair last Saturday, and it was nice to see so many of you there as well! Thank you for stopping by our table and chatting with us, we hope you enjoyed the beautiful day as much as we did!

Written by Francisco on 23rd September 2019 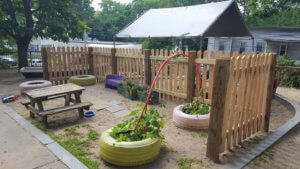 Our Canal Street site now has a beautiful new garden space! Our facilities staff came over and built us a wonderful fence, and the teachers took it from there. We have a few green beans and some very tiny cucumbers so far, as well as a nice spot for drawing. Be sure to check it […]

Written by Francisco on 30th August 2019 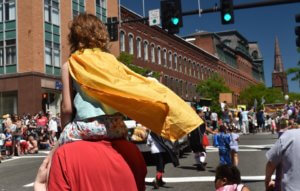 On Saturday, June 8th, EES returned to march in the Strolling of the Heifers parade for the second year in a row. This year’s parade theme was “Farmers are our Heroes,” and so we were invited to appear dressed in farmer or superhero attire. Chelsey Johns, the Lead Teacher in the Canal Street Hedgehogs classroom, […] 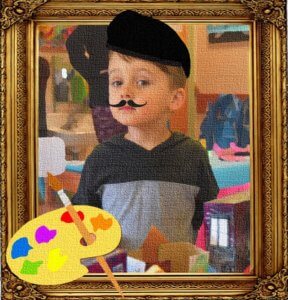 The Art of Head Start!

On the last day of April, the children of Westminster Head Start and Early Head Start put on their annual art exhibition! Children returned to the centers after school with parents in tow to show them several creations they have been working on in class while enjoying refreshments.  There was a wide selection of the […] 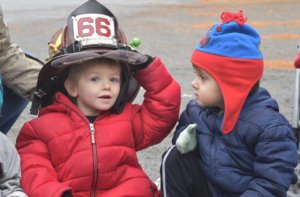 Westminster Early Head Start had a special visitor today! A local firefighter and parent came to volunteer his time to show us his fire truck and the gear he needs for fires. We got to see him with all of his fire gear on so we know not to be scared when we see a […]

Written by Francisco on 8th November 2018 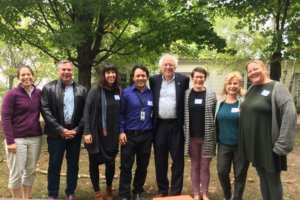 Debra Gass, EES Executive Director (second from right) joined other Parent-Child Center Directors from across the state to meet with Bernie Sanders, US Senator to discuss highlights from the field of Early Care and Education and Family Development at the Ethan Allen Homestead in Burlington yesterday (9/20/2018).

Written by Francisco on 21st September 2018 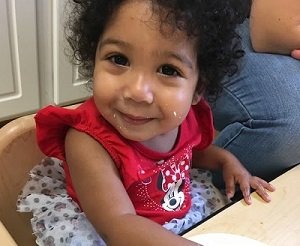 EES celebrated the first day of school last week! Our new school year has officially begun! On the days before the start of this new school year, our sites held Open Houses at each center for the children and their families to get to know their new classrooms and teachers. Our teachers worked hard to prepare […]

Written by Francisco on 5th September 2018 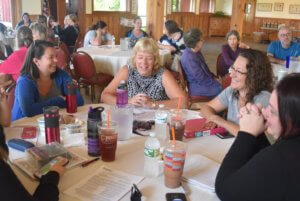 EES staff have finished their first week of Pre-service training and we are halfway through the second! We started with a kick-off Staff Retreat on Monday, August 20th at Alyson’s Orchard in Walpole, NH. with two dynamic workshops: “Gender is On the Agenda!” with Kari Smith and “The Multi-Generational Workplace” with Karen Blumberg and Jennifer […]

Written by Francisco on 27th August 2018 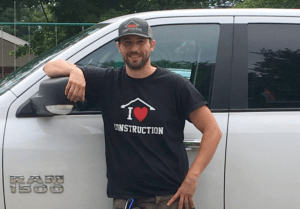 We are excited to share with all of you that Joe LeClair, one of our EES dads, was recently contacted by the people at the HGTV show “Treehouse Masters”! The show’s producers would like Joe and his construction company to appear on the show from August 13-29 in Newfane, Vermont.  Joe has two boys enrolled […]

Written by Francisco on 8th August 2018